Galactic Awakening is Tormod Leithe’s first album. It was intended as a private project, but now it’s out. The entire album was written and recorded in the studio in just two weeks.

The title, Galactic Awakening, is for all of us. It takes you on a galactic journey to a place where the right answers do not exist. Far away from the labels and systems. There is no science, religion or philosophy. What exactly is right or wrong? A place without answers.

The hope is that the album can create a landscape for the listener. A universe respecting each other. Standing together for something instead of standing against something. Peace, freedom and harmony.

It is all inside you. Embrace it! Your time is now. The Galactic Awakening. 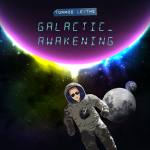 Musically, the intention of the album is to touch the heart – when hearing sounds, rhythms and melodies. It mixes the electronic and the analog. Different scales, ethnic instruments, cultural sounds and folk music.

The modern music that we are accustomed to is often ‘polished to perfection’ – seems almost lacking what is human. Therefore the album is a little out of tune, unsteady, off-beat and crooked? Some ‘buzzing noise’ of old analog instruments and quantification is turned off. A focus on various sound environments, old analog instruments, the sound of objects, glass, rain, wind and water.

Artist and guitarist Hans Bollandsås plays ‘live’ guitar, the glue that holds the songs together. Bollandsås met up in the studio without hearing the music in advance. He plugged in his guitar and with only this one take, he played ‘live’ through from start to finish without stop (tracks 1 to 8). On track 5, one can even hear the guitar being tuned.

The most creative, imaginative, genre bending music I have ever experienced. 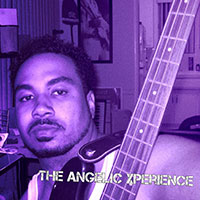 «….im speechless. this is some of the most creative, imaginative, genre bending music I have ever experienced. try to imagine the a futuristic version of the emotion and atmosphere of New Age stalwarts like Vangelis or Andreas Vollenweider, laid over an electric playground set to an trip-hop tempo, rooted in D’Angelo & Prince-esqe soul & funk, with a dash of Jimi Hendrix & Santana for garnishment….and that would only come close to beginning to describe what we have here…This isn’t an album, it’s an otherworldy experience. This is the music celestial beings jam 2!»
Galactic Awakening: Album review on Amazon by: @anjalo

Shut down all computers and systems.
Come, let‘s orbit and spin. 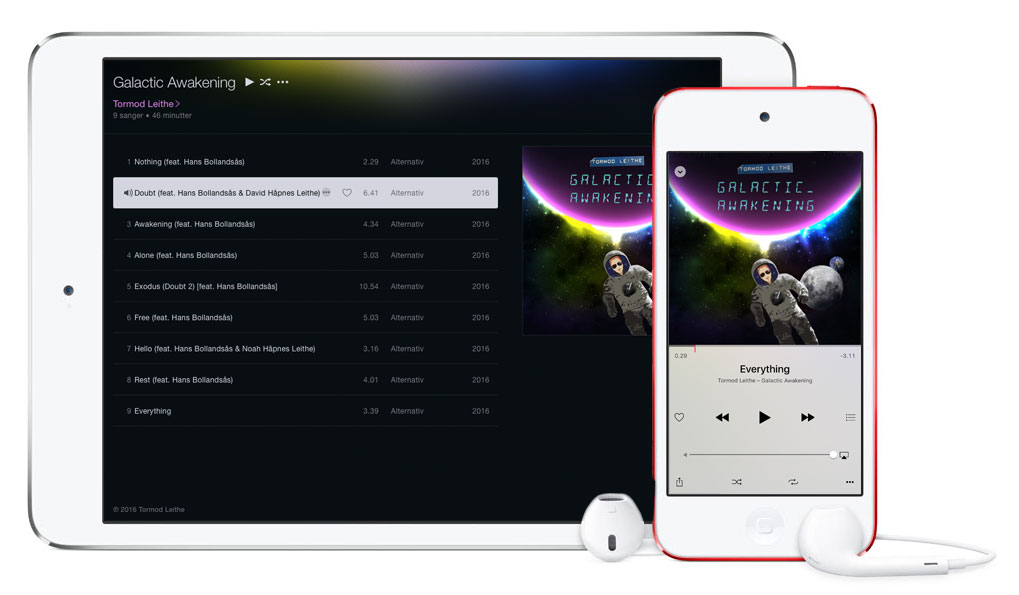 Let’s go jump on the Moon. We can ride the Milky Way. Jupiter, and Mars. Have fun on big Uranus, and look at all the stars. Experience – galactic!

In the end, there was nothing.

In the beginning, there was everything.

Adjective:
Coming into existence or awareness.

Noun:
An act of waking from sleep.
An act or moment of becoming suddenly aware of something.
The beginning or rousing of something.